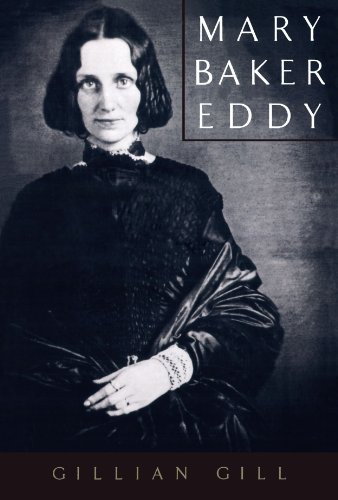 The feminist perspective of historian Gillian Gill (author of a previous biography of Agatha Christie) adds three-dimensionality to the life story of the controversial, charismatic founder of Christian Science. Neither unblemished saint nor unscrupulous manipulator, Mary Baker Eddy (1821-1910) emerges in this substantive reassessment as a powerful woman so constrained by conventional notions of femininity that she suffered decades of frustration and ill health before liberating herself with radical new ideas. Her emphasis on spiritual healing and women's empowerment made enemies virtually from the first publication of Science and Health in 1875; the schisms and lawsuits that plagued her church gave Eddy's opponents ammunition. In her thorough coverage of such touchy matters, Gill doesn't deny her subject's imperiousness and tendency to paranoia, but her sympathetic analysis stresses Eddy's gifts as a religious leader, administrator, and propagandist. The author gained access to the closely guarded Christian Science archives without ceding editorial control, and her scrupulous effort to freshly judge every issue justifies this trust. Gill's dry wit and first-person presence in the text's opinions ensure that her lengthy, exhaustively documented narrative doesn't feel unduly daunting or academic. --Wendy Smith
In 1866, a frail, impoverished invalid, middle-aged, widowed and divorced, rose from her bed after a life-threatening fall, asked for her Bible, and took the first steps toward the founding of the Christian Science Church. Four decades later, she was revered as their leader by thousands of churches in the U.S. and Europe, had founded a national newspaper, and had become probably the most powerful woman in America.Who was this astonishing woman, the mother of the Mother Church? How did she prepare for her illustrious career during her years of obscurity, and what was her inspiration for the healing practices and doctrine of Christian Science? Gillian Gill, a non-Christian Science Scientist scholar, who managed to win unparalleled access to the Church archives, offers here an entirely new look at Mary Baker Eddy.For the first time readers will see the extraordinary leadership skills exercised by Mrs. Eddy despite the repressive forces facing women in her time. For the first time we learn the full story of the bizarre attack on Mrs. Eddy by Joseph Pulitzer and his New York World—alleging that she was at least senile and possibly not even alive. In this enthralling biography, we rediscover Mary Baker Eddy as a radical Christian thinker, pioneer in the recognition of mind/body connections, survivor of scandal, and target of both admiration and scorn from such eminent contemporaries as Mark Twain. Gillian Gill’s sense of drama, her critical acumen, and her delicious wit bring to life a brilliant religious leader whose message has new meaning in our time.