René Descartes was a philosopher whose work, La géométrie, includes his application of algebra to geometry from which we now have Cartesian geometry.
Descartes was educated at the Jesuit college of La Flèche in Anjou. He entered the college at the age of eight years, just a few months after the opening of the college in January 1604. He studied there until 1612, studying classics, logic and traditional Aristotelian philosophy. He also learnt mathematics from the books of clavius.While in the school his health was poor and he was granted permission to remain in bed until 11 o'clock in the morning, a custom he maintained until the year of his death.
School had made Descartes understand how little he knew, the only subject which was satisfactory in his eyes was mathematics. This idea became the foundation for his way of thinking, and was to form the basis for all his works. 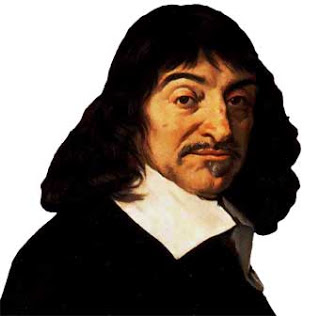 - Abraham Bar Hiyya Ha-nasi
Abraham bar Hiyya was a Spanish Jewish mathematician and astronomer. In the Hebrew of his time 'Ha-Nasi' meant 'the leader' but he is also known by the Latin name Savasorda which comes from his 'job description' showing that he...

- Guillaume François Antoine Marquis De L'hôpital
Born: 1661 in Paris, France Died: 2 Feb 1704 in Paris, France Guillaume De l'Hôpital served as a cavalry officer but resigned because of nearsightedness. From that time on he directed his attention to mathematics. L'Hôpital was taught calculus...

- Sir Isaac Newton
Sir Isaac Newton Born: 4 Jan 1643 in Woolsthorpe, Lincolnshire, EnglandDied: 31 March 1727 in London, England Isaac Newton's life can be divided into three quite distinct periods. The first is his boyhood days from 1643 up to his appointment to a...