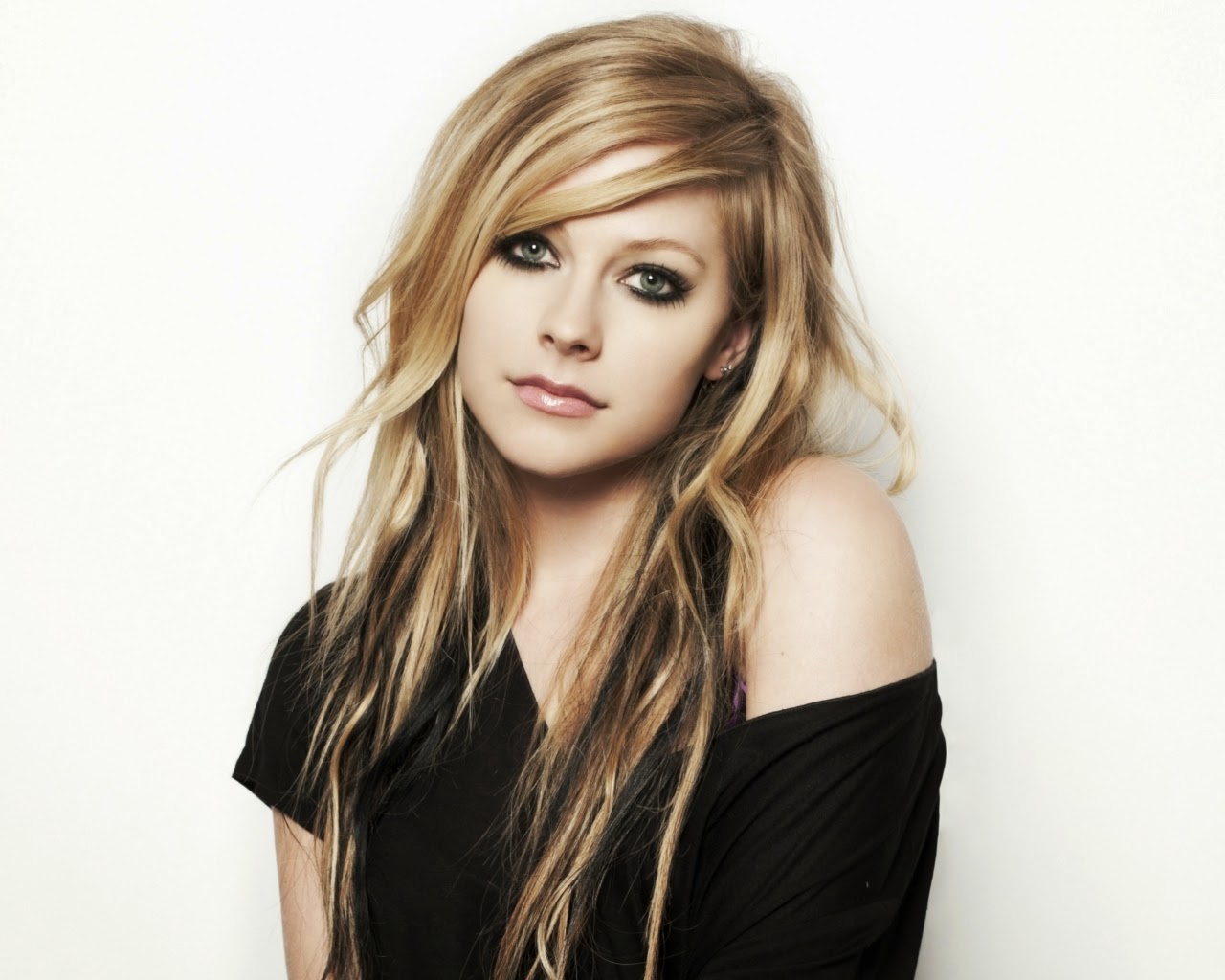 Avril Ramona Lavigne ( born 27 September 1984 ) is a Canadian and French singer and songwriter. She was born in Belleville, Ontario, and spent most of her youth in the town of Napanee. By the age of 15, she had appeared on stage with Shania Twain; by 16, she had signed a two-album recording contract with Arista Records worth more than $2 million. In 2002, when she was 17 years old, Lavigne entered the music industry with her debut album Let Go, becoming one of the most popular pop punk artists, a reason she earned her reputation of a 'skater punk' persona and "pop punk princess" . Since her professional debut she has sold more than 30 million albums and over 50 million singles worldwide.

Let Go made Lavigne the youngest female soloist to reach number 1 in the UK. As of 2013, it has sold nearly 7 million copies in the United States and over 17 million copies worldwide. Her breakthrough single, "Complicated", peaked at number 1 in many countries around the world, as did the album Let Go. Her second studio album, Under My Skin, was released in May 2004 and was her first album to peak at number 1 on the U.S. Billboard 200, eventually selling more than 10 million copies worldwide. The Best Damn Thing, Lavigne's third album, was released in April 2007, becoming her third number 1 album in the UK Albums Chart and featuring her first U.S. Billboard Hot 100 number 1 single, "Girlfriend". Lavigne has scored six number-one singles worldwide, including "Complicated", "Sk8er Boi", "I'm with You", "My Happy Ending", "Nobody's Home", and "Girlfriend". Lavigne is one of the top-selling artists releasing albums in the U.S., with over 11 million copies certified by the RIAA. Her fourth studio album, Goodbye Lullaby, was released in March 2011. Goodbye Lullaby gave Lavigne her fourth top 10 album on the U.S. Billboard 200 and the UK Albums Chart and her third number 1 album in both Japan and Australia. Three months after the release of Goodbye Lullaby, Lavigne began work on her eponymously titled fifth studio album, which was released by Epic Records on 1 November 2013 following her departure from RCA Records in 2011.

Lavigne took a break from recording music, pursuing careers in feature film acting and designing clothes and perfumes. She voiced Heather, a Virginia opossum, in the animated film Over the Hedge in 2006. That same year, she made her on-screen feature film debut in Fast Food Nation. In 2008, Lavigne introduced her clothing line, Abbey Dawn, and in 2009, she released her first perfume, Black Star, which was followed by her second perfume, Forbidden Rose, in 2010 and her third perfume, Wild Rose, in 2011. In July 2006, Lavigne married her boyfriend of two years, Deryck Whibley, lead singer and guitarist for Sum 41. The marriage lasted four years, and in October 2009, Lavigne filed for divorce. Whibley and Lavigne continued to work together, with Whibley producing her fourth album, as well as Lavigne's single, "Alice", written for Tim Burton's film Alice in Wonderland. Lavigne married Nickelback frontman Chad Kroeger in 2013.


- >> Biography Of Jessica Simpson
Jessica Ann Johnson ( born July 10, 1980 ) is an American singer, songwriter, actress, reality television personality and fashion designer who made her debut in 1999. Since that time, Simpson has made many recordings, starred in several television shows,...

- >> Biography Of Katy Perry
Katheryn Elizabeth Hudson (born October 25, 1984), better known by her stage name Katy Perry, is an American singer and songwriter. She had limited exposure to secular music during her childhood and pursued a career in gospel music as a teenager. Perry...

- >> Biography Of Britney Spears
Britney Jean Spears (born December 2, 1981) is an American singer and actress. Born in McComb, Mississippi, and raised in Kentwood, Louisiana, she performed acting roles in stage productions and television shows as a child before signing with Jive Records...